Battlefield Born: Evolution of the Galil®

The storied history of the IWI Galil® 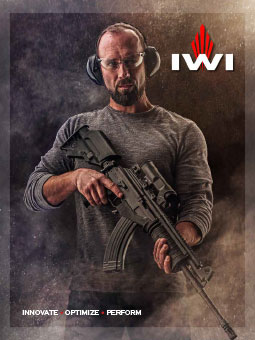 In the 1960’s, the Israeli military was searching for a weapon to replace the Fabrique Nationale Fusil Automatique Léger, better known as the FN FAL. The FAL was too hard to maneuver in the confines of a vehicle and would frequently jam due to the heavy dust and sand of the desert. The gun had to be stripped and cleaned before it was usable again. It got so bad that there were reports of Israeli soldiers actually exchanging their FAL’s for AK-47’s taken from dead or captured enemy combatants.

It was clear a new issue rifle was needed and Israel put out a request for gunmakers to bring them their best. The M16, AK-47 and HK-33 were all considered, but ultimately an ingenious weapon designed by Yisrael Galil was chosen. It was born from the best traits of its mother and father, the Finnish RK 62 and the legendary AK-47.

Enter the Galil®. It had a folding stock that made it easy to use in close quarters or vehicular combat. Like the AK-47, the Galil® was as reliable as they come and could keep on fighting through any dust, grime or abuse that the battlefield could conjure up. Unlike the AK-47, the Galil® featured a milled receiver, had better sights, a flash hider and accuracy the AK-47 could only dream of. It was essentially an AK-47 that had evolved into something far greater.

The Galil® worked so well that the Israeli army used it as its standard issue fighter of terror and its defender of freedom for 30 years. The Galil® was an excellent gun; however, it hadn’t reached perfection yet. While the milled steel receiver made it tough and accurate, it was heavy; the gun weighed in at 9.6 pounds. IWI decided to modernize the gun.

The new Galil® kept the machined steel upper receiver but added a lower housing made out of high impact polymer. This helped reduce the gun’s weight to a trim 6.2 pounds. The internal mechanism of the gun was then sealed with a cover, adding additional protection from sand and dirt. A Picatinny rail, folding adjustable stock and iron sights with tritium were also added. The new Galil® ACE features a sniper trigger and an improved gas tube that decreases barrel vibration and increases accuracy.

With the modernized and refined Galil® ACE, the Galil®’s evolution is finally complete and has achieved a long sought after perfection. The world has noticed and the Galil® ACE is quickly being adopted by nations and militaries around the globe.

A civilian model is also available; learn more about the modernized rifle here.