IWI US and the NRA Ring of Freedom Tour 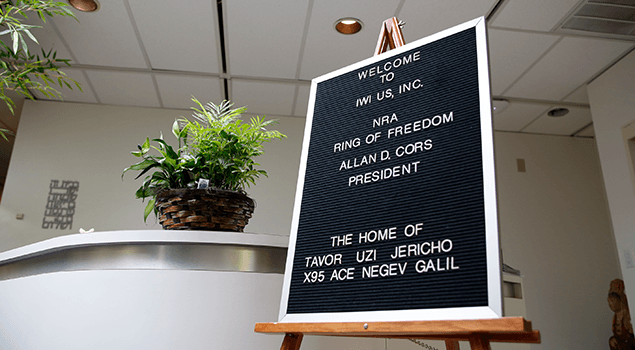 Michael Kassnar, Founder and Vice President of Sales and Marketing for IWI US, put the phone down. Lost in thought, he knew the news he had just received was great, but more than that, it was an honor. There was much to do to prepare for a visit from Allan Cors, President of the NRA Foundation and an NRA Executive Committee member, on the NRA Ring of Freedom tour this August. Michael looked up at the framed poster of an American Rifleman cover from June 2013 featuring a TAVOR® SAR and the title “Decidedly Different IWI TAVOR®.” After a long career in the firearms industry, he was finally enjoying the fruits of his hard work and dedication.

A hometown boy, Michael grew up in Harrisburg, Pennsylvania. He started in the shooting sports industry in 1976 at his father’s business, Kassnar Imports. A little over a decade later, he had his own business, K.B.I. Inc., and imported Russian and Hungarian small arms, including the Armscor 1911 pistols and the Charles Daly line of shotguns. Although Michael had realized success early in life, he also knew the taste of failure. That never stopped him from pursuing the business he loved in an industry that was family to him. Michael’s secret of success was his ability to understand the customer, to know what gun guys really wanted and the determination to not be swayed by industry naysayers. With the rise in popularity of the AR platform and the hundreds of thousands of AK guns being sold and used, many in the American firearms industry thought there was no place for a bullpup on their shelves, their publications or on their ranges. 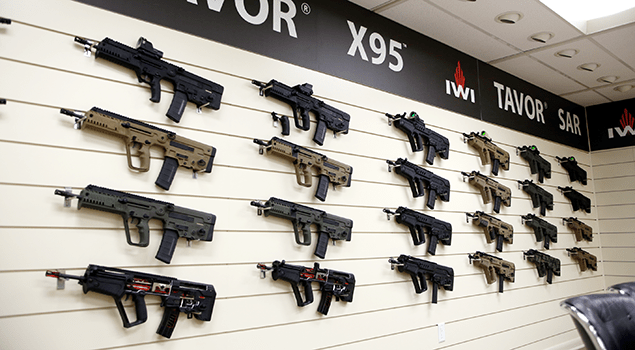 Michael smiled at the poster and touched it for good luck as he swept out of his office to tell his team the good news. The TAVOR® SAR, a bullpup and the American Rifleman’s Golden Bullseye Rifle of the Year for 2014, had sold over 20,000 rifles in year one. Now in its third year on the American market, the love affair with the TAVOR® SAR has showed no signs of slowing down.

Michael popped his head in Casey Flack’s office. Casey, promoted to CEO of IWI US from National Law Enforcement Sales Manager, had been with IWI US for three years. In that time, this former police officer and Tactical Unit Team Leader from Lenexa, Kansas had brought the TAVOR® SAR to the attention of multiple law enforcement agencies. His leadership and calm demeanor were attributes that brought Casey to IWI US Israeli executive teams’ attention when the new position opened up. Michael told him the good news that Allan Cors and members of the NRA Ring of Freedom group were coming to visit IWI US, along with a group of the NRA publications’ journalists. 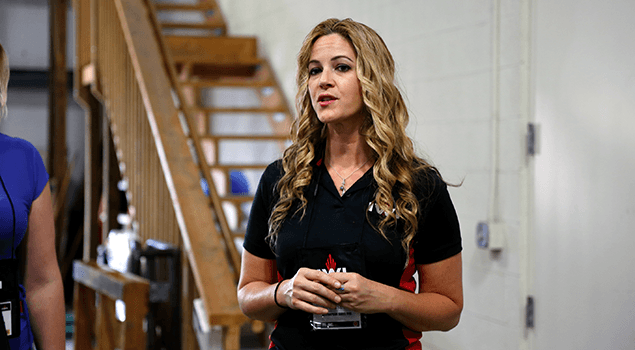 Just a few weeks away from the visit, Michael tapped Rebecca McCoy, IWI US’ Commercial Sales Rep, to pull all the details together. When people see Rebecca they might comment, “Oh, that’s the girl in the IWI US catalog.” With her statuesque frame and her all-American good looks, it is easy to see why she was chosen to model in the 2016 IWI US catalog. However, what some people may not realize, the police uniform she wore was no costume—it was hers. Rebecca, a former police officer and firearms instructor, served with the Pennsylvania State Capitol Police and was the only female member of the Special Response Team (SRT). Michael knows the loose ends of putting together such a prestigious event will be handled professionally with Rebecca. August 7th will be here soon enough.

The NRA’s premier donor recognition program is the NRA Ring of Freedom. Members come from all walks of life, but they all share one common trait: the mission to preserve the American freedoms set forth by our Founding Fathers in the Second Amendment. The Ring of Freedom Tour visits manufacturers who continually, through their business and marketing practices, support the 2nd Amendment while providing customers with some of the most ground-breaking products in the shooting sports industry.

On Sunday evening, August 7, 2016, 25 members of the NRA Ring of Freedom and eight NRA staff members and journalists arrived at the Harrisburg Hilton Hotel for a welcome party hosted by Allan Cors. The IWI US team shook hands and chatted with some of the NRA’s most respected donors and executives, including Ed Friedman, Editor of Shooting Illustrated Magazine and Tony Morrison, IWI US’ long-time advertising liaison and friend. The cocktail party wrapped up with excitement in the air. Tomorrow they would head to the IWI US facility. 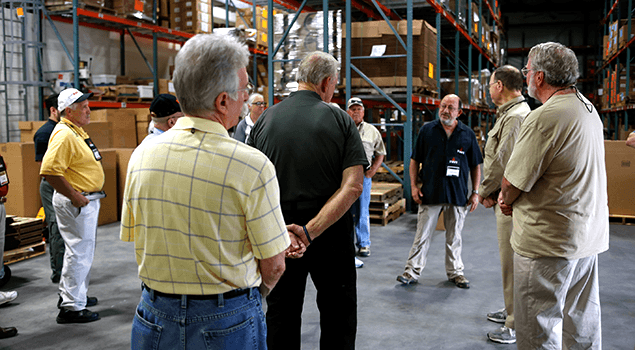 The morning started with a group a tour of the facility where IWI US builds and tests all of their guns prior to shipping. Michael has instituted a very stringent evaluation process that recognizes the smallest issue, such as a minor scratch on a barrel. Great at catching problems before a gun goes out to the distributors, IWI US has one of the lowest return and repair rates of any firearms company. After a private lunch at the Greystone Restaurant, the group headed over to the Law Enforcement Center of the Harrisburg Area Community College (which also functions as the local Police Academy) for an hour of classroom familiarization with IWI firearms, including the TAVOR® SAR, TAVOR® X95™, Galil ACE® and Jericho® pistols.

Wearing eye pro and Walker Razor electronic muffs, everyone had a chance to send some lead down range. Tom Alibrando, IWI US’ new National Law Enforcement Sales Manager, put the group through a variety of shooting drills that gave the participants a chance to understand and recognize the capabilities of each of IWI’s shooting platforms. Tom, a former police officer, instructor, weapons and tactics expert and program manager for training at ACADEMI Training Services, saved the best for last as everyone had a chance to fire the Negev LMG (belt fed light machine gun) and experience the X95™ in select fire. 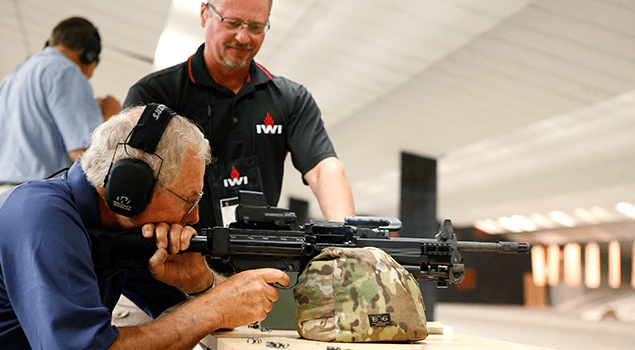 The NRA Ring of Freedom tour of IWI US ended on a high note at the Bricco Restaurant in downtown Harrisburg where guests and staff discussed the finer points of the day.

“It was an honor to have Allan Cors here with our other esteemed guests,” Michael said. “It’s because of people, like our donor friends here, and all our other customers, that strongly believe in our 2nd Amendment rights and put their beliefs out there, whether in dollars through the NRA, their vote or their purchasing decisions, that a company like IWI US can bring quality products to the market and hire great people to make it all happen. We are humbled and grateful and excited about our future.” 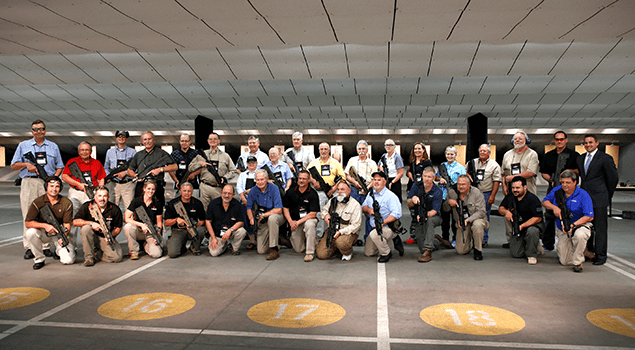