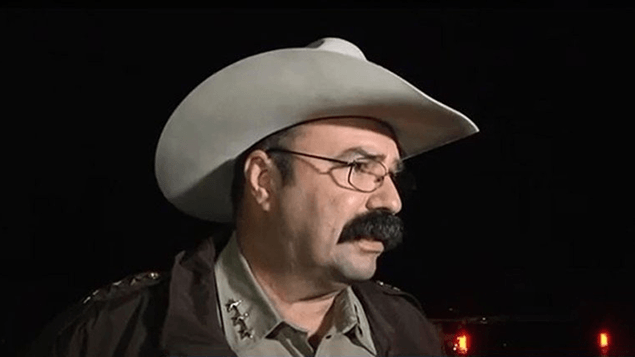 At the Hidalgo County Sheriff’s Office (HCSO) in deep South Texas, a new Sheriff took office in June 2014 and with that came a whirlwind of change. The new Sheriff’s mandate was simple: “get it done, whatever it takes.” The Sheriff’s Office, over the course of about a decade, had become a closed circuit; turning away outside influences and ideas, allowing the inbreeding of bad training habits and cultivating a subculture of, “well… that’s the way we’ve always done it.”

So began the task of assessing what I had to work with. One of the many divisions I had was the training academy. I met with the academy staff, a rag-tag group of conspiracy theorists, skeptics and rebels, who due to bucking authority and challenging convention had been banished to the academy. Out of sight, out of mind, right? I walked in and asked for a tour. They proceeded to show me the facility and at one point shamefully walked me into the armory. It was like walking into a time capsule. The racks were lined with shotguns that were outdated, H&K MP5s that had seen way, way better days; Israeli UZIs (complete with Hebrew writing and serial numbers that dated the weapon back to the 1970s), Vietnam-era ArmaLite AR-15s (patent-pending) and M-16s. Yes, M-16s that the agency had received from the 1033 program complete with triangle fore grips, fixed stocks and four and five digit serial numbers I dare not trace back to a production year. My response was, “oh my God…” while their response was, “the ones SWAT have are a little better.”

It quickly became clear that something had to be done, and it needed to be done yesterday. The solution was simple: follow the lead of all the other large agencies in the nation and upgrade our carbine weapons systems to the newest, latest and greatest AR platform. I directed the staff to begin research concerning costs, manufacturer and training, as well as an implementation/migration plan and told them to do it quickly. My genius was done and I moved on to the next major project.

Remember the part about the academy staff being skeptics and rebels? Weeks went by and I was reminded by our Sheriff, an avid hunter/shooter, about the project. I walked into the academy and inquired about their assignment and knew something was afoot when they looked at each other trying to figure out who was going to test the new division chief’s tolerance for insubordination. I recall the conversation beginning with, “well Sir, it’s like this…” and they began to tell me how they had researched weapons systems and had found a weapon that they believed could outperform any AR on the market, the IWI TAVOR®. “Really?” Pressed for time I demanded that a complete study be done in which they prove their assumptions on my desk within a week. A test weapon was borrowed from TK Tactical and hell was unleashed upon it. 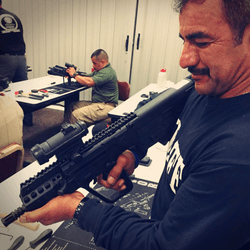 Three weeks later the study was compete. The range master, an Army Veteran with an unhealthy obsession for guns, presented the findings. All the answers were there: rigorous performance tests (3,580 rounds with no malfunctions), capabilities, company history, manufacturing processes, the works. He assured me he hated to like the weapons system but failed to find any failures in its performance. I instructed him to go back. He must have missed something. He obliged and sometime later returned with his sergeant to report his findings. The report was short: “The TAVOR® outperforms the AR platform in every aspect and needs to be HCSO’s next carbine. Here is a survey of our deputies that shows they undoubtedly show their preference of this weapon during a side by side test fire.” There it was, in black and white, a recommendation and acceptance by an entire police agency that would take HCSO from the Vietnam era and catapult us into the forefront of police patrol rifle systems.

Almost two years later, our deputies look quite different than they once did. They are poised and trained to perform at a much higher standard and are ready to meet any threat head on. They are now stepping out of new Police Tahoes in new uniforms with TASER X26Ps, a new sidearm on their gear belts and with IWI rifles locked in a vehicle rack. The HCSO has implemented the over 300 IWI rifles to include the X95™ for the SWAT teams and the TAVOR® SAR for every active duty Deputy. The transition to the new rifle has been fast and painless, thanks in a large part to the support and training that IWI offered. As our deputies face the challenges that lie in our border county, they do so with confidence in their equipment and their leadership.

There is a new Sheriff in town and he carries a TAVOR®.