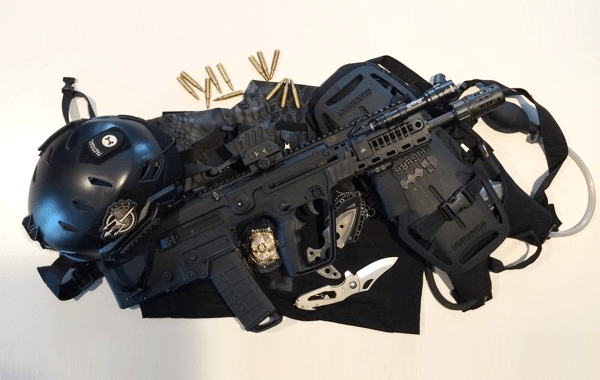 An interview with Founder and Director of Special Operations of U.S. Protective Service.

They thwart kidnappings, fight terrorism and pirates, respond to active-shooter situations and even protect famous celebrities. We recently learned that the U.S. Protective Service selected and has been using the TAVOR® X95™ as its duty weapon. We caught up with Director of Special Operations and U.S. Protective Service Founder Lance Powers to find out who they are, what they do and why they selected the X95™.

What does a typical assignment look like?
A common assignment that we might run into in the U.S. would be protecting an individual who is at a high risk of being kidnapped and held for ransom by terrorists. In these cases, the ransom money is used to fund terrorist activities. When faced with this type of an assignment we’d start by sending an advance team out to analyze the situation and interview the actual client. They’d figure out security details like the client’s current travel arrangement, what law enforcement’s response time is in the areas we’re defending, as well as plan three to six different escape routes. Once we’ve received the assessment from the advance team we’d create a three or five layer system of defense. The terrorists may get past one line of defense, or even two, but based on the level of protection we’ve determined we need to provide, they probably wouldn’t make it past three and they definitely wouldn’t make it past five. 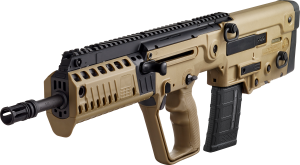 Why did your Counter Terrorism Unit choose the X95™ over other rifles? What advantages does it give you?
Our agency selected the X95™ 5.56 based on its ergonomic feel, piston driven reliability and ambidextrous magazine release combined with its accuracy and new trigger design. We conduct a lot of our operations in close quarters and many of our protection agents felt that the X95™ was the best in its class for CQB engagements when compared to other weapon systems that were less nimble and took longer to put on target. We also loved how lightweight it is and all of the different caliber and customization options. You can truly customize it to whatever mission you need it for. Overall, in our professional opinion, we feel that the TAVOR® X95™ is a great weapon system and is 100 percent mission capable for civilian, law enforcement or military use.

What sort of abuse and tests did you put the X95™ through?
Well, I don’t know if I should tell you this since an IWI US dealer had given us the guns as loaners to test out, but here you go. We picked the rifles up and threw them in water, mud and snow and then ran them through about five to six hours of continuous shooting and various scenarios. We didn’t have a single failure, and I can’t say that about the other weapons systems that we tested. Many of them failed miserably. A lot of guys had ARs and when you start getting sand in them there were a lot of failures. In our line of work, failure is not an option. Failure gets you killed. Our weapons need to be dependable and reliable, every time.

Are you running the select fire version or the semi-autos?
We’re running the semis. Semi-automatic makes it much easier to control rounds on the threat and when full-auto is used adrenaline can cause someone to burn through their ammo pretty quickly. We believe it’s not about how many rounds you can put down range but where you put them and that you can take care of the threat. In our line of work, there’s a lot of friendlies around and we’re all about being surgical. 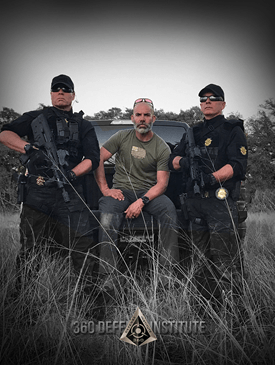 What’s next for the U.S. Protective Service?
Our latest project is a partnership with Chris Costa. We’re developing an interactive online training platform called 360DefenseInstitute.com that will provide next-level firearms, self-defense, knife and non-lethal training. Our web-based interactive platform will incorporate the latest advancements in artificial intelligence while allowing subscribers from all walks of life with basic to advanced skill sets to access specialized training on demand and at their current training level, from some of the top instructors from around the world, including instructors from the U.S. Protective Service Elite SOC Unit (Special Operations Warfare Unit). We’ll be launching it fall 2017, so keep an eye out for it.

Thank you Lance for sitting down with us. For more information on U.S. Protective Service, visit usprotectiveservice.com.

About Lance Powers:
Lance Powers comes from a military family consisting of a father who served in the U.S. Military and his mother who served with the British Armed forces. Mr. Powers is highly recognized for his operational experience and has trained as a SRT Master Firearms Instructor with other master instructors from the Secret Service, DEA, FBI, ICE, U.S. Border Patrol, Homeland Security, LAPD SWAT, Chicago Police Department Rapid Response, U.S. Marshals Service, Las Vegas SWAT and other various law enforcement agencies across the nation. He has also served as an active law enforcement officer on special assignment in the United States for over 15 years and holds multiple master law enforcement instructor certifications.