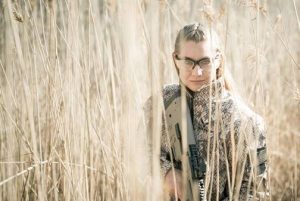 Corinne Mosher is a firearms instructor and competitive shooter from Overland Park, KS. As a Marine Corps brat, Corinne grew up on military bases around the world until finally settling in Kansas where she lives with her husband and 12 year old daughter.

Corinne attended the University of Missouri Kansas City’s Conservatory of Music before opening and running her own private music studio. In 2011 she took a concealed carry class, sparking her interest in pursuing firearms training which quickly led to her becoming a certified instructor in 2012. Since 2012 Corinne has worked as an instructor at Centerfire Shooting Sports in Olathe, KS where she is currently Director of Education.

Corinne began shooting competitively in 2014 and has quickly risen to become one of the most prominent and accomplished female shooters in the sport. Along with being a mother and wife of a police officer, Corinne is also a contributor to industry publications such as America’s 1st Freedom Magazine and Concealed Carry Magazine.

Every summer Corinne travels to Washington D.C. as part of The D.C. Project – a grassroots organization made up of 50 women representing all 50 states – to meet with her legislators and share the importance of the 2nd Amendment. Since becoming a trainer and competitive shooter, Corinne’s services have been sought all over the world where she has trained people in the United States and overseas in the defensive use of firearms. Corinne maintains an active presence on social media and can be followed on Facebook, YouTube, and Instagram.