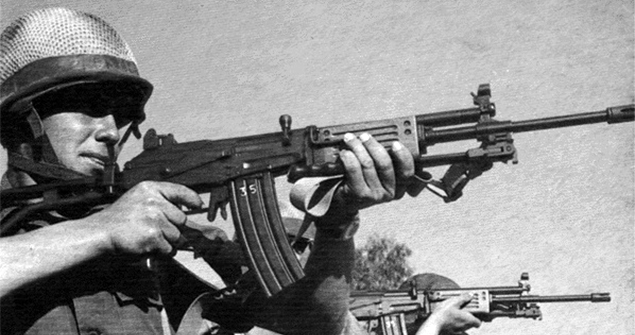 The reliability and battlefield performance of the AK-47 is legendary. In fact, in the 1960s it was common for Israeli soldiers to exchange their standard issue FN FALs for AK-47s taken from dead or captured enemy combatants. When Israel designed the Galil it borrowed heavily from the AK and the original Galil has often been described as an AK on steroids. The Galil used the same internal mechanism as the AK. Unlike the AK, the Galil featured a milled receiver, better sights, a flash hider and accuracy the AK could only sniff at. Despite all of these improvements, the Galil wasn’t perfect. While the milled steel receiver made it tough and accurate, it was heavy; the gun weighed in at up to 9.6 pounds. 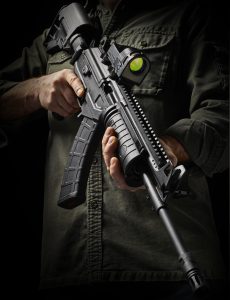 Israel decided to modernize the gun and created the Galil ACE®. The Galil ACE® kept the machined steel upper receiver but added a lower receiver made out of high-impact polymer. This helped reduce the gun’s weight to 7.5 pounds. Israel also sought to make the ACE even more reliable than its predecessor and the internal mechanism of the gun was sealed with a cover, adding additional protection from sand and dirt. At the request of Israeli soldiers, a last round bolt catch was added, as well as a full-length Picatinny top rail, and a tri-rail found its way under the plastic foregrip. A folding adjustable stock with a cheek comb was also added. The charging handle was moved to the left side and the magazine release was made ambidextrous so that a shooter could change magazines without having to take the gun off target. Speaking of magazines, the Galil ACE® geometry was modified so that it could accept standard PMAG® magazines. It features a trigger borrowed from the Galil sniper rifle and an improved gas tube that decreases barrel vibration and increases accuracy. The barrel is chrome lined and hammer forged. All of these improvements add up to a gun with better than AK-47 reliability and the capability of producing groups less than 1 MOA.