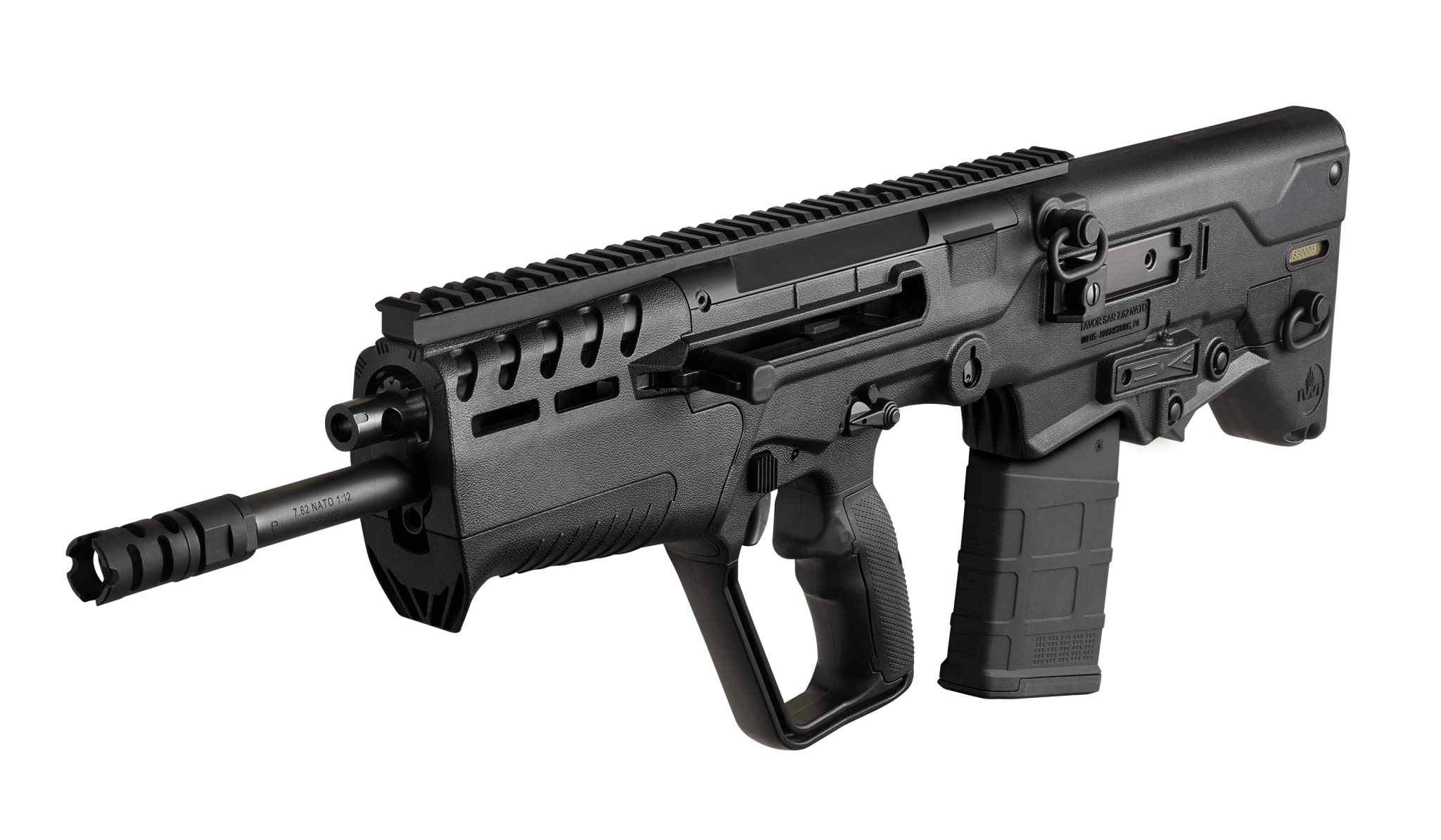 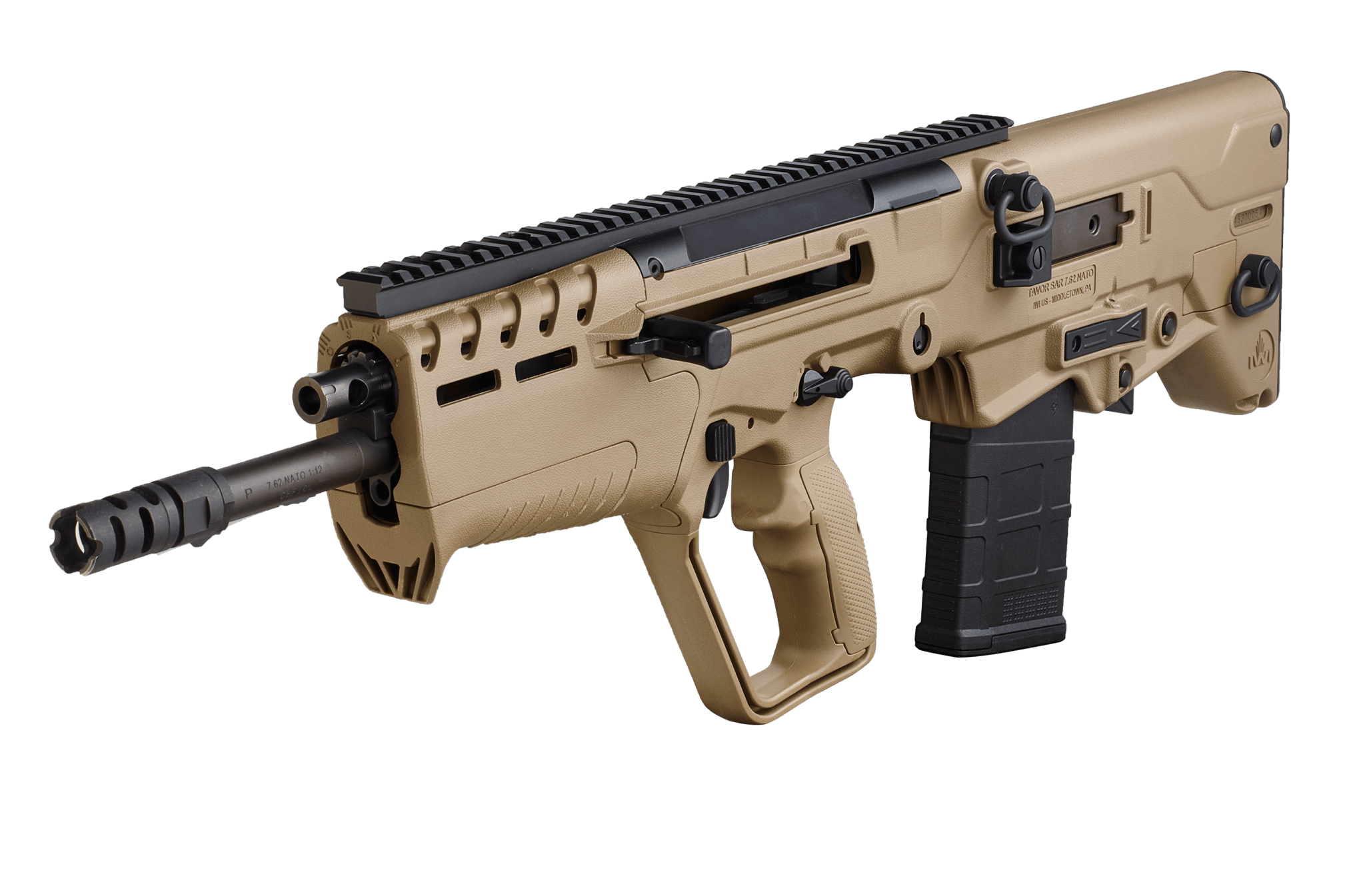 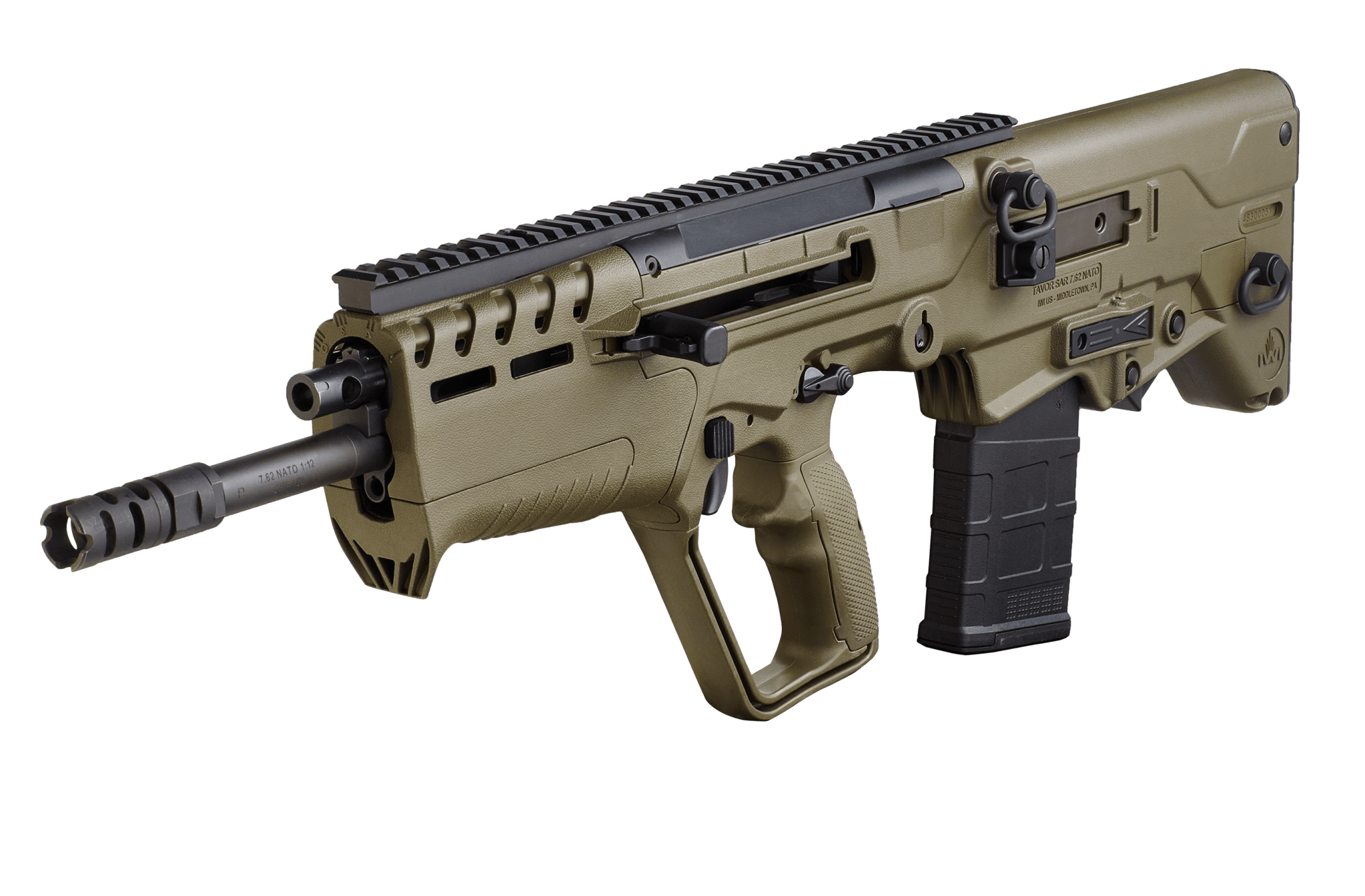 The Tavor 7 is the next evolutionary step in the Tavor bullpup family. Based on requests from military and civilian customers alike, the Tavor 7 is IWI’s introduction into the 7.62×51 bullpup rifle offering. The Tavor carries the usual reliability expected of all IWI products with some increased ergonomic features. This includes the ability to lock the charging handle without the use of the bolt catch. It also maintains the M4 type ambidextrous magazine release system and 45 degree ambidextrous safety.

The TAVOR 7 is a fully ambidextrous platform on which the ejection side and the charging handle can be switched quickly and easily from side to side by the user. The ambidextrous features include: safety lever, magazine release, and bolt catch similar to the X95. The IWI Tavor 7 also includes an M-LOK fore-end as well as MIL-STD 1913 Picatinny rails at the 12 and 6 o’clock positions, to allow the use of multiple devices and accessories. The rifle’s body is built from high-strength impact-modified polymer, and has a hammer-forged, chrome-lined barrel for enhanced accuracy and life cycle.

Additional features include a short stroke gas piston with a 4-position gas regulator, (including an OFF position – a unique feature designed for special operation needs), a rotating bolt system that ensures maximum safety for the user, and a pistol grip that can be changed or modified.

Sales of this rifle may be restricted in certain states and the District of Columbia. Please check with your local authorities regarding your local firearms laws.