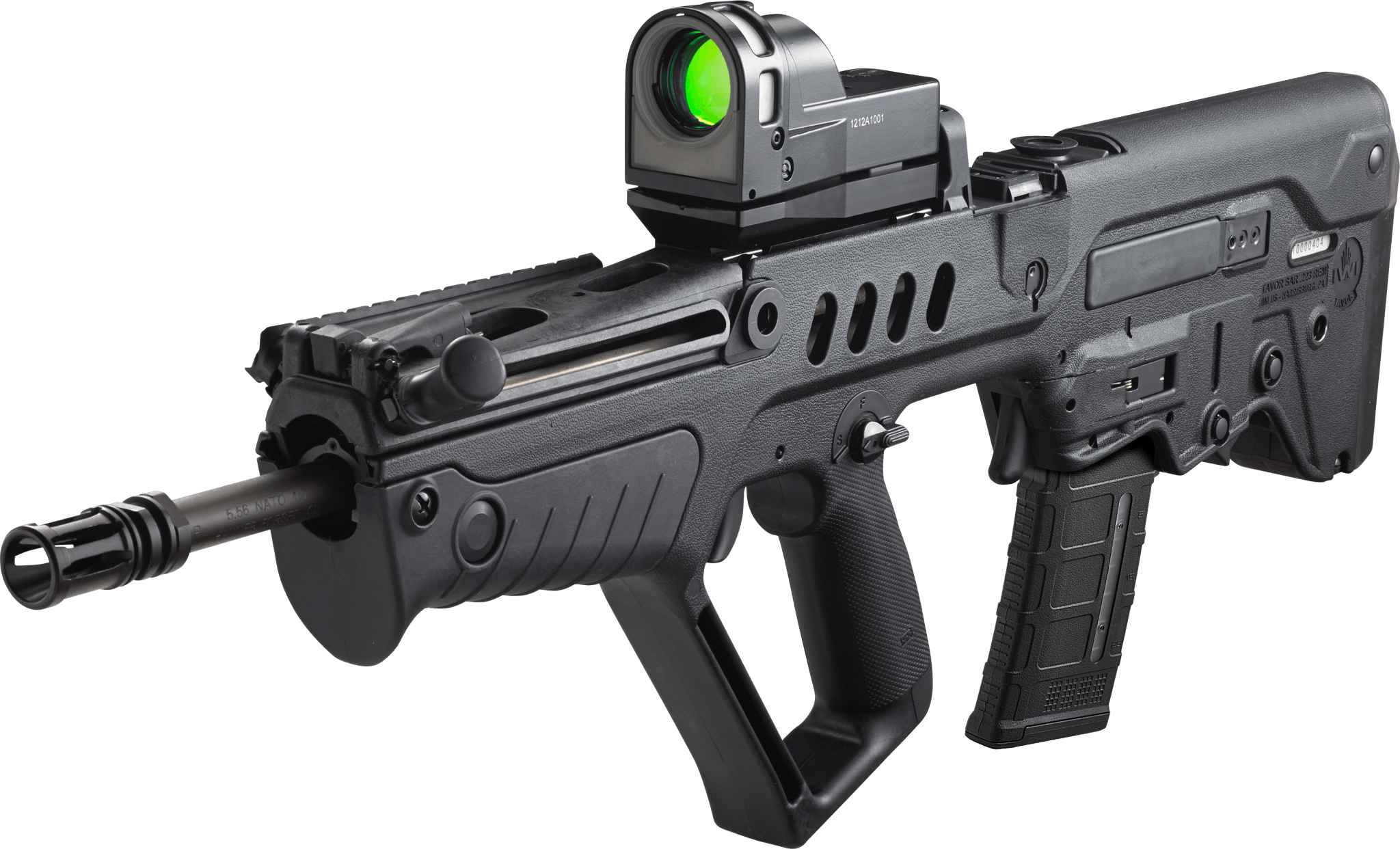 The elite Tavor® SAR “IDF” model is the US civilian version of the IDF issued select-fire bullpup but in a semi-auto only configuration. It comes with a Meprolight® MEPRO 21 Day/Night Illuminated reflex sight mounted directly to the barrel, just as it is issued to the IDF (Israel Defense Forces).

First introduced in the US in the spring of 2014, the Tavor SAR won immediate acclaim and achieved record sales as the first bullpup centerfire rifle to win large acceptance in the US market, due largely in part to its pedigree as the battle proven carbine of the Israel Defense Forces (IDF). This is the toughest, most compact, most reliable semi-auto centerfire rifle you can own. NRA Publications American Rifleman Magazine honored the Tavor SAR with the coveted Golden Bullseye “2014 Rife of the Year” award.

Sales of this rifle may be restricted in certain states and the District of Columbia. Please check with your local authorities regarding your local firearms laws.

*Note that the Tavor SAR rifle is assembled in the US from imported and US parts under 18 U.S.C  § 922(r). You should only use magazines made in the USA in your Tavor SAR. Use of an imported magazine may put you in violation of 18 U.S.C § 922(r).