The Jericho®: Leaner and Meaner Than Ever

The legend is back in the U.S.A. 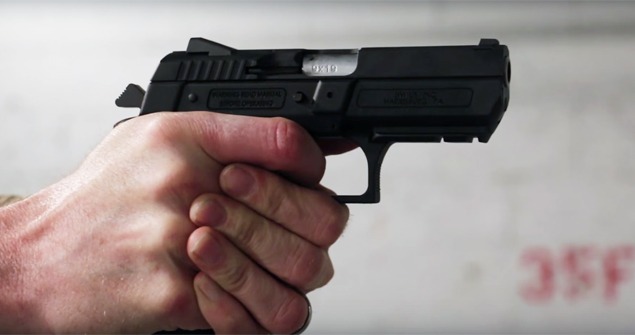 The legendary Jericho® is the standard issue sidearm for the Israeli Army. After kicking down doors and fighting terrorism for the last three decades, the IWI Jericho® is back in the U.S.A.

The Jericho® pistol is based on the esteemed CZ-75. However, it boasts several improvements. Unlike the CZ-75, its barrel features polygonal rifling making it easier to clean, more reliable, last longer and most importantly shoot straighter. It also has improved ergonomics with a grip that allows the pistol to sit deep in the hand with a low center of bore, making it more accurate and reducing recoil. Its trigger has been engineered to provide a short, smooth and crisp pull and it sports a frame mounted safety instead of slide mounted, allowing gun owners to carry it cocked and locked. For those looking for a just as mean but leaner version of the Jericho®, mid-size versions in either steel or polymer are ready and waiting to find their way into the hands of red blooded Americans everywhere.

So do your trigger finger a favor and pick one up at your local gun store today. Your inner freedom-fighting, no-nonsense-taking self will thank you.

In the meantime, check out Tim Harmsen of the Military Arms Channel take a Jericho® 941 PSL9 from box to range in a “First Shots” review.