The Most Daring Rescue Ever: Operation Thunderbolt 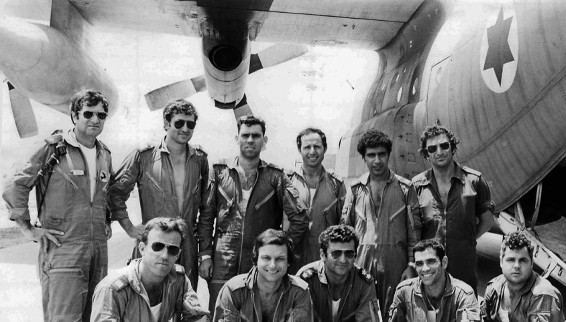 On June 26, 1976, Air France flight 139 was hijacked en route from Tel Aviv to Paris when it stopped over in Athens’ Greece. It was hijacked by eight members of the PLO and two members of a German terrorist group. The plane was diverted to Entebbe, the main airport of Uganda where the murderous dictator Idi Amin, known for killing hundreds of thousands of his own people and being a cannibal, personally welcomed the hijackers. The passengers were held hostage in Entebbe Airport and over the next two days all of the passengers, except for the Israelis and Jews, were released and flown to Paris. Ninety-four, mainly Israeli, passengers along with the 12-member Air France crew, who voluntarily stayed behind, remained as hostages and were held at gunpoint. In exchange for the safe release of the Israeli hostages, the terrorists demanded the return of 53 Palestinian and Pro-Palestinian militants, 40 of whom were prisoners in Israel, as well as a ransom of $5 million USD.

Sayeret Mat’ Kal is the Israeli equivalent of Delta Force.

Over the course of the next week, Israel tried using multiple political avenues to obtain the release of the hostages, including conversing with Amin on the phone many times, without success. At this time there was no international policy of non-negotiation with terrorists and few expected Israel to take military action. But when the frustrated hijackers threatened to kill the hostages if their demands were not met, Israel decided enough was enough and that it was time to conduct a rescue operation and more importantly, send a message.

To prepare for the rescue, the Israeli intelligence agency Mossad questioned the freed non-Israeli hostages and were able to gather details like the whereabouts of the remaining hostages, the number of hijackers, the number of weapons carried by the hostage-takers and how the Ugandan military was involved.

After gathering the intel, the stage was set for a rescue operation that many consider the most daring in history.  At 11 p.m. July 3, 1976, Operation Thunderbolt commenced and over 100 Israeli commandos in four C-130s flew into Entebbe, under the cover of darkness. The assault team consisted of 29 Sayeret Mat’ Kal commandos, the Israeli equivalent of Delta Force. They were dressed like Ugandan troops and had their faces painted black to blend in and were equipped with AKMs, suppressed UZIs and suppressed pistols. They had acquired a black Mercedes that looked like President Idi Amin’s vehicle and several Land Rovers which were the vehicles that usually accompanied 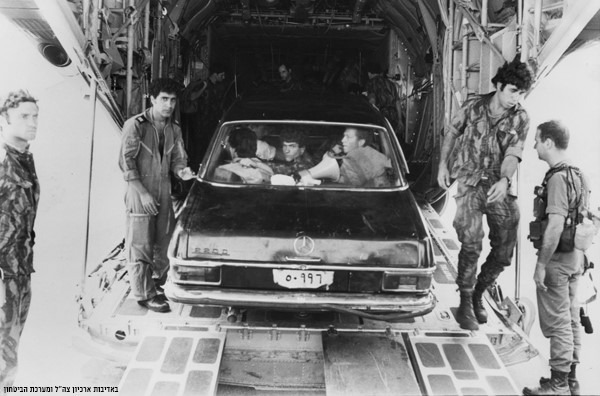 Amin’s black Mercedes. The plan was to bypass several security checkpoints using the disguise. However, unbeknownst to them, Amin had recently purchased a white Mercedes and the suspicious Ugandan sentries ordered the vehicles to stop. The commandos shot the sentries using silenced pistols, but did not kill them. As they pulled away, an Israeli commando in a following Land Rover, feared the injured sentries would alert the hijackers and finished them off with an unsuppressed rifle. Having lost the element of surprise due to the gunfire, the assault team sped toward the terminal, burst out of their vehicles and rushed inside. Using a megaphone, the commando’s identified themselves and ordered the hostages to stay down in English and Hebrew. The assault team made quick work of the few terrorists that were guarding the hostages. “Where are the rest of them,” the commando’s asked the hostages, referring to the terrorists. The hostages pointed to a door that led to the main hall, into which the commandos threw several grenades, then entered the room and shot the remaining three terrorists with swift, unforgiving efficiency.

Meanwhile, outside of the terminal, the main Israeli force set up blocking positions at all entrances of the airport and killed off around 45 Ugandan troops that had come to reinforce the terrorists. The Israeli’s also destroyed, using satchel charges, 30 MiG-17s and MiG 21s of the Ugandan Air Force so that the Israeli C-130’s could fly the hostages home safely, without worry of being shot down. 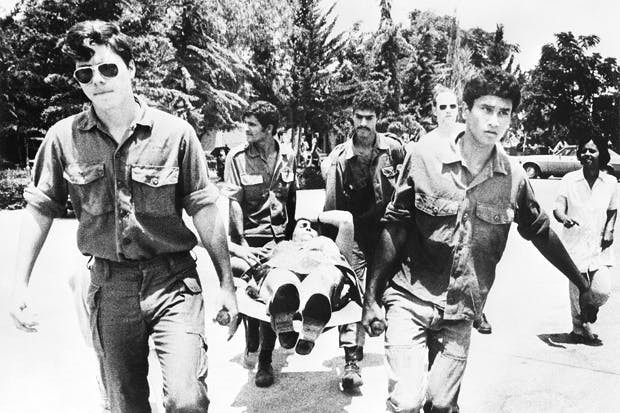 Out of the 106 hostages, only three were killed and around 10 were wounded. The hostages were flown to safety in Nairobi, Kenya and the mission was declared a success.

After Operation Thunderbolt, its enemies learned yet again that it is never a good idea to mess with Israel. Not only that, the raid on Entebbe was later considered one of the defining moments in the war on terror, the standard setter for counterterrorism and by many, the most daring rescue ever.